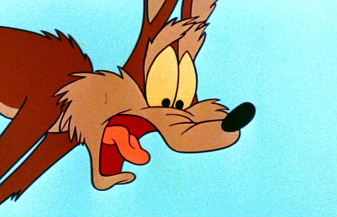 Helicopter money is the coming economic salvation. Quantitative Easing didn’t set the economy afire and we are left with negative interest rates and helicopter money. Of course, the helicopter has been tested and failed, never mind. Our rulers will do anything before they will go kicking and screaming back to real world money management that pays its bills on time. Anyway, with the accumulated debt piled too high to repay, it’s too late for that. Our economy isn’t generating the cash to repay existing debts but no politician of either stripe will say so until, like Alan Greenspan, they are out of office.

All the above plus “Stimulus” legislation and any other snake oil label used  are but variations on the failed Roosevelt Administration expansion of Hoover Administration spending ideas. J.M. Keynes became a Lord by telling politicians to spend. He never worried about where the money was to be found.

Helicopter money is funded out of thin air, printed up and shoveled out of the central bank equivalent of helicopters onto consumers who have paralyzed an economy by refusing to spend enough. Buried, this theory goes, in free money, they will spend, the economy will perk up and all of us will be saved. Right. If you believe that. Doubters during the Great Depression called it: “Sending yourself rich.”

A couple of little realities intrude:

And then, printing up money does not add to wealth; wealth is what money buys, not money itself. Try eating, wearing or living in or driving around in money …

It’s all a scam used to keep as many as possible from catching on so they won’t get scared and precipitate the next stock market crash.Economically, this is our Wiley E. Coyote moment. We have gone off the financial cliff and we are waiting for the citizens to look down. There is nothing that any central bank can do to change it; they can only try to postpone the inevitable for current politicians until new ones arrive to take the fall.

Suspicious of government, doubtful of economics, fond of figure skating (but the off-ice part, not so much) Couple of degrees in government, a few medals in figure skating; just reading and suspicion for economics ...
View all posts by Jack Curtis →
This entry was posted in Economics, Goverrnment, Politics, Uncategorized and tagged Debt, Federal Reserve, Helicopter Money, J.M. Keynes, Negative Interest. Bookmark the permalink.