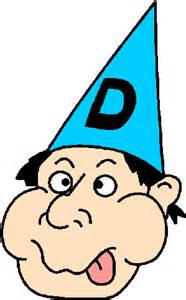 Philosophers, Scientists and Politicians are interesting, if rather different. The rest of us tend to blur their lines of demarcation, seems to us. The first are into Truth, the second, Reality and the third, into Power, often acquired by blurring the borders between the first and second.

Let us consider for moment that which we don’t now:

Scientists have recently had to adjust the ages of:

The earth and moons, by 60  million years.

The appearance of Complex skeletons by millions of years.

The arrival date of The plague on earth, by millions of years.

The appearance of the Earth’s Magnetic Field, again by millions of years.

The appearance of Humans s and still More Humans on earth.

To us, these and numerous similar regular changes in what we think that we know, suggest that we know relatively little, so far. Much more of our ‘science’ than we like to admit, rests upon hypotheses.

But it serves the convenience of political agendas to move from a hypothesis to a conclusion in one swoop, imbedding in the process automatic attacks upon any who fail to follow. E.g: today’s Climate Change scenario.

And any conscious observer should by now, have observed the oxymoron implicit in ‘News Media.’

So we are left to our own devices and ancient writers on existence, God, evolution and such. As to government, there’s so much of that around these days that evidence is if anything, overdone.

How then, do we deal with the philosophical (cf: “Love of wisdom, right?) under these conditions? We leave that to qualified philosophers, first. We are satisfied noting that we and our universe patently exist, unless we are kidding ourselves. And said universe is mostly unknown to us, with much of what is known being misunderstood, we suppose. But the universe is here and so are we and that’s enough for now.

Then there is God. We blame Him for the universe, for lack of other reasonable suspects. Not only is the universe present, bu every single part of it shows evidence of both birth and death, including galaxies, black holes, stars and all. So we are stuck (if honest) with a choice: It has all always existed, or it got here at some finite point. It the first, how has something made entirely of things with a beginning and an end, persisted forever? Where was the start? If the second path is pursued, we end in the same doorway: where was the start?

As noted, we blame it on God; you may if you wish, assign it to Fred or if you are a feminist, to Freda. We don’t are, it;s all clearly beyond us. Many prefer to say: “Big Bang” and then act as though they had solved something. Of them, we inquire: “What was the “Singularity” that is said to have suddenly expanded into the known universe in the aforesaid Bang? None answers that. So to us, those folk are only changing the name of God, that evidently somehow offends them, into “Bang.” We see none bu that nominal difference. But we don’t cl;aim to know, either. We only have logic to apply.

Evolution has more than one meaning, confusing the discourse. What we call ‘small e’ evolution came from Darwin, who noted on the the isolated Galapagos Islands, that wrens had morphed from the common species into wrens with fat, seed eating beaks, wrens with thin, bug-eating beaks and various other configurations to fill the various life niches available there. That fit his ideas about how life progressed.

Then, there is Big E evolution: we all started as a drop of goo that eventually became termites, elephants, octopi, bacteria, fish, birds and us. Old Charles Darwin didn’t believe that, it was added by his followers after he was safely dead. Small e evolution is obvious. Large E evolution is political science, like that Big Bang. Very convenient, but entirely without conclusive evidence. Sorry to disappoint; we realize that school texts are to the contrary but science journals if studied, aren’t. Just as with the Big Bang.

The truth seems to us to be: We dunno. If we are religious, we can obtain belief from the Bible and/or religious tradition. Belief is fine and religions in the West  have contributed heavily toward our advanced and wealthy civilization, though if one accepts Christianity at its face value, that is an unintended side effect.

The world’s’ other major religions have less to show.

But we aren’t selling anybody’s church here, just observing what history appears to demonstrate. So far. Cause and effect are opinions, after all; you are entitled to your own.

Applying these reflective methods to government is as instructive as for philosophy, science and religion, we suppose. No more so, of course. We tend to be most impressed with old Roman Juvenal’s “Quis custodiet ipsos custodes.” We have remarked upon this before. Our preferred translation: “Who will govern the governors?” encompasses all for us.

Evaluating this, one wonders whether the imposition of death upon us was actually the curse that the Bible suggests …

But we know nothing and must suppose that a couple of before dinner cocktails might lead us to an entirely different path. Where is Reality to be found in a relativistic universe, anyway?

Suspicious of government, doubtful of economics, fond of figure skating (but the off-ice part, not so much) Couple of degrees in government, a few medals in figure skating; just reading and suspicion for economics ...
View all posts by Jack Curtis →
This entry was posted in Economics, Government, Politics and tagged Evolution, God, Philosophy, Science. Bookmark the permalink.