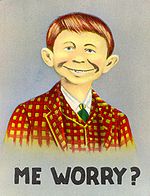 This week’s picks from the passing parade:

OPINION: Trump is legitimizing Cruz. (Cruz now appears a serious candidate; Trump has taken over as Loose Cannon.) Viva Trump! BOTH parties hate him; he must be doing something right …

A Federal Judge ruled that illegal alien parents with kids should be turned loose, not detained, to await deportation hearings. (Never mind that most awaiting hearings never show up for them.)

The Mafia has muscled in on large contracts to fund Italian help centers for African migrants. (In America, we’re more efficient … no such middlemen are needed when PAC’s and such are in place.)

In Moldova, corruption has fueled massive bank thefts, producing a national financial crisis. (Could our Congressfolk learn from those guys?)

The Obama Administration has curtailed the investigative powers of Federal Inspectors General. (Too many IG’s actually doing their jobs?)

3 Dead, 9 wounded in the Lafayette theater shooting. It was a Gun Free zone. (These days, that seems to mean that guns may be used freely.)

The Little Sisters of the Poor (Catholic nuns who serve elderly poor) have appealed to the Supreme Court; the government refused to grant them exemption from the Obamacare contraception mandate. (Even after the Supremes exempted Hobby Lobby for religious reasons. Doesn’t the government claim to oppose bullying?)

10 Los Angeles Police are accused of subduing a homeless man in a wheelchair, using beanbag rounds and a Taser. (The victim seemed less fearsome on video than in officer’s reports?)

Democrats have dropped the names of Thomas Jefferson and Andrew Jackson from their annual dinner. (They needed something more relevant to modern Lefties? Names they can recognize?)

Private wealth in Asia surpassed Europe in 2014 for the first time in centuries; North America is next? (No bets, with a declining world economy …)

A Homeowners  was threatened with county fine for having 4 cars in his driveway (Kids home from college). (Lucky he wasn’t holding a party.)

The War on Uber: Hillary took a dig for the cab union; New York’s Mayor proposed to cap the number of Uber cars allowed, but backed off at the resulting fuss. In Brazil, Rio cabbies blocked streets to protest Uber. (To distinguish a cab from an Uber ride, look for the socket that holds the buggy whip on the cab.)

University of Michigan opened a $10 M model city for testing driverless cars. (The government wants your car, like your anonymity on the Internet, GONE, asap.)

The FAA is investigating a young man’s drone, modified to hold a pistol. Police arrested him, no details were released. (Maybe he’s Tea Party?)

Chrysler vehicles are reported vulnerable to hijacking via Internet. Over a million are under recall, especially, Jeep. (Don’t let ‘em kid you; it’s true of a LOT of cars.)

New Dishwasher standards proposed by the Feds will require use of no more than 3 gallons of water per load. Manufacturers protest it’s not enough to clean dishes. (Our present machine uses 14 gallons per load; it doesn’t clean either.)

China, vaunted financial superpower and U.S. replacement, is looking more like a financial Potemkin village; Wall Street is losing faith. (We have nothing to lose; statist economies always fail … Just look at Washington!)

Germany  “Is feasting on the rest of Europe” per ex Fed Chairman Ben Bernanke (High trade surplus, low unemployment. A balanced budget, too. Damn Germans; how dare they refuse to spend themselves into the poorhouse with everybody else?)

The Government is mining detailed personal data on everybody for a new database of all citizens. It will be used, we are told, to reduce racism. (Yeah … Murphy’s Law comes to mind …)

A naked, tattooed man who took a city vehicle was arrested in Travis County.  (He was proud of his body art?)

And as Porky Pig used to say: “That’s all, folks!” We hope it was worthwhile …

Suspicious of government, doubtful of economics, fond of figure skating (but the off-ice part, not so much) Couple of degrees in government, a few medals in figure skating; just reading and suspicion for economics ...
View all posts by Jack Curtis →
This entry was posted in Economics, Government, Politics and tagged China, Congress, Germany. Bookmark the permalink.

1 Response to GLEANINGS FROM THE PASSING SCENE … (Politically Uncorrected)