Black, White or Brown; We All Have To Pay For Our Free Lunch … 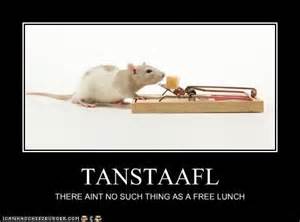 We were (pick yours) greasers, micks, wops, kikes, krauts, limeys, chinks, japs, hunkys,  spics and niggers; now we may be any of those but the last. Otherwise well-mannered girls commonly use language that would have once caused a sailor to blush with no one surprised; yet if any use: “nigger” all hell breaks loose. It is of course, ridiculous; a reflection of the extreme politicization of society.

A highly politicized society signals that government is setting social standards, not churches, not social leaders. And government standards must inevitably lead up a blind alley: such are set with political goals rather than social ones and are always a poor fit in the end.

Just now in America, black people are defining political goals and standards to an extent unjustified by their 13% of population, due largely to the firs (1/4th) ‘black’ President and accumulated Lefty guilt. One symptom of that is a report from Business Insider stemming from an Atlantic article called: “The Case For Reparations.”

In essence, it seems to say that since the piled-up preferences and handouts have not pulled blacks from the bottom of the U.S. wealth distribution, they should be given still more of other people’s earnings in the hope that will do the job.

It relies as does so much Lefty prescription, on the classic logical error of assuming that which is to be proven. In the present case, it flies in the face of so much accumulated evidence as to be ridiculous.

The proposal says in essence: We’ve given blacks privilege and handouts and they’re still poor and ignorant. That proves we haven’t given them enough. Any who essay that perhaps handouts and privilege are the wrong prescription are demonized as “racists.”

The logic is as bad as the politics are good. It is as ant poison, sweet syrup that kills. Entertainer qua educator Bill Cosby, now demonized for unproven, 30 years past ‘rapes’ that somehow, seemed insufficiently heinous to report back then, has annoyed Lefty authorities by ridiculing their nostrums and evident failure, recommending instead, education, work and responsibility. The evidence is all on his side; those who grew up with the WASP ethic have done well on their own; those who grew up on the dole have stayed on the dole. Whether or not Doctor Cosby PhD. was a naughty boy does not alter the facts of the regime he recommends for his folk.

Facts that are as proscribed as “nigger” include the record-breaking criminality of blacks, their self-selected occupation of the cellar in anything to do with education and the almost universal chip on their collective shoulders. They are steeped in entitlement; success, higher incomes, happiness … it is all somehow owed to them by others. That of course, is not the way the universe operates. Neither our environment, so precious to the Left, nor our DNA supports that. If a man, regardless his pigmentation, refuses education, develops an unproductive attitude and minimized skill set he is not thereby entitled to the earnings of others. He is the result of his own choices.

Lefty promoters (e.g. Al Sharpton) blame whites for those choices by blacks. But it is not whites who provide black kids attitudes and those of their parents, toward education. And while the schools are indeed inferior, others somehow manage to make use of them while blacks drop out. On the street, “Knockout” is not a white or Asian game. Nor do whites and Asians feel entitled to destroy property and beat people when one of “theirs” is shot when attacking police.

Another forbidden discussion is the segment of white society that occupies the lowest rungs of the economic ladder, usually for reasons similar to the black situation. Their presence qhestions racism as an explanation, so their presence must be ignored.

The blacks are performing a signal service for America, at great cost to themselves, all unwitting. They are the canary in the mine; they represent what the whites will come to be if we all persist upon the path we tread. The blacks in America are wealthy compared to blacks in most other places but they remain America’s underclass, but for those wise enough or lucky enough to see and escape the trap comprised of Lefty prescriptions. Nobody nohow will spend you rich using other peoples’ money.

The white demographic is falling into the same pattern and will reap the same results for the same reasons. The Kool-Ade is tempting and it is poisoned and the blacks have drunk. Increasingly, whites are drinking. Today, you’d best not say: “nigger” unless you are black, which somehow absolves. Nor if you are wise, will you advertise that you are aware that “There Is No Such Thing As A Free Lunch.” (TAANSTAFL)

Suspicious of government, doubtful of economics, fond of figure skating (but the off-ice part, not so much) Couple of degrees in government, a few medals in figure skating; just reading and suspicion for economics ...
View all posts by Jack Curtis →
This entry was posted in Government, Politics, Racism and tagged B;acls. Ecpmp, Bill Cosby. Bookmark the permalink.