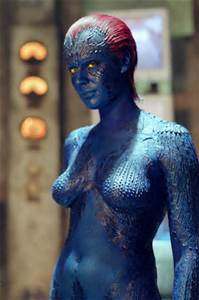 A number of British and American actresses are apparently having a snit over the appearance of numerous photos of themselves naked and in some cases apparently lewd, on the Internet. This reminds us of the righteous indignation of the fox accused of stealing chickens.

Actresses have, from Roman days through Shakespeares’ time and right up to the famous ‘casting couches’ of Hollywood, been thought of by most as something less than models of sexual propriety. For a while, female roles were often filled by men to get around this problem. Today, the rest of the population has joined the actresses.

Given the nudity and sexual content of the movies in which actresses appear today plus the amateur ‘sexting’ proliferated via cell phone and email, it is difficult to understand the indignation of these now undeniably female performers unless they are miffed by the fact that they weren’t paid for these exposures. The indignation seems more properly to belong to the actors who have been ignored; all the photos reported so far, are of girls.

In a time when one spends a night with casual acquaintances and does not decide upon a girlfriend until after having ‘tried her out’ (and vice versa) with movie costumes often enough consisting of body makeup, why the fuss?It seems more than slightly hypocritical. Reversing an old line, we are hardly surprised today by a man remarking that he had not recognized some young woman with her clothes on

This of course, helps explain the huge growth in single parent ‘families,’ divorces and abortions.

Recognizing that becoming established as an actress nowadays takes some time, we wonder whether some of the reported angst at these exposures may not result from being compared with the multitude of younger, amateur sexters easily visible alongside the complaining actresses? “I love my wife,” as they used to say in the 1920;s, “but oh, you kid!” We note that most of the complaining actresses, are past their teens …

If nothing else, this plethora of free advertising accompanied by complaints is amusing, at least for onlookers. These types often pay public relations folk big bucks for less exposure than they are now receiving. And why did they store such photos where hackers could grab hem, if they didn’t want that?

Show us an actress who’s never been naked in a movie or in some sort of public or calculated private and if her naked photo is hacked onto the Internet, I might feel some sympathy. Wondering though, how she came to be photographed so. For now, one can’t help wondering whether the whole thing is merely a stunt to gain some free publicity.

We plan to simply dismiss the whole thing, as soon as we have properly examined the pictures … Have to review the evidence, right?

Suspicious of government, doubtful of economics, fond of figure skating (but the off-ice part, not so much) Couple of degrees in government, a few medals in figure skating; just reading and suspicion for economics ...
View all posts by Jack Curtis →
This entry was posted in Art, Business, Entertainment and tagged Actresses, Nudity, Privacy, Show Business. Bookmark the permalink.